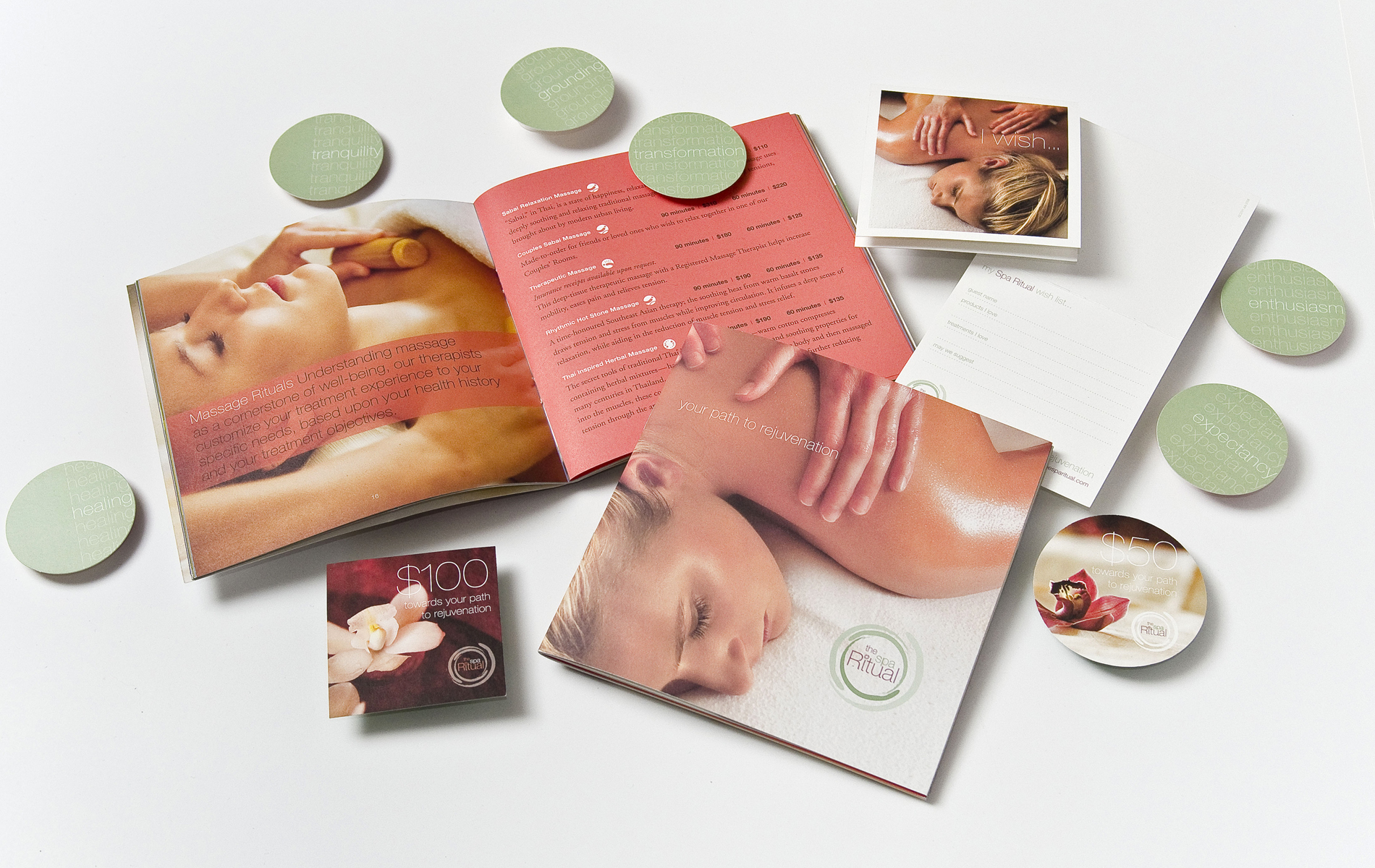 The Spa Ritual is a high-end spa in Calgary, Alberta which opened in September 2008. It features an Asian-inspired decor and environment, along with Thai-influenced treatments and products. Unique to the Alberta market, the challenge was to position the spa to appeal to the usual range of female clientele but also executives, groups, men, teens and children.

Seeking to leverage the sensuality of the environment and high level of service, we art directed the creation of a suite of photographic images which formed the basis of all advertising, exterior signage, promotional materials and the website, along with a strong typographic style and simple grid which was kept consistent across the range of applications and mediums.

The response has been overwhelmingly positive, even in the current tight economic climate of Alberta, the spa is fully booked and is quickly developing a reputation as one of the pre-eminent spas in the city.

Technology
Programmed and hosted by Smallbox Software who’s proprietary interface allows easy content management for clients or non-techies. The site is coded in PHP as integrated into Smallbox CMS.